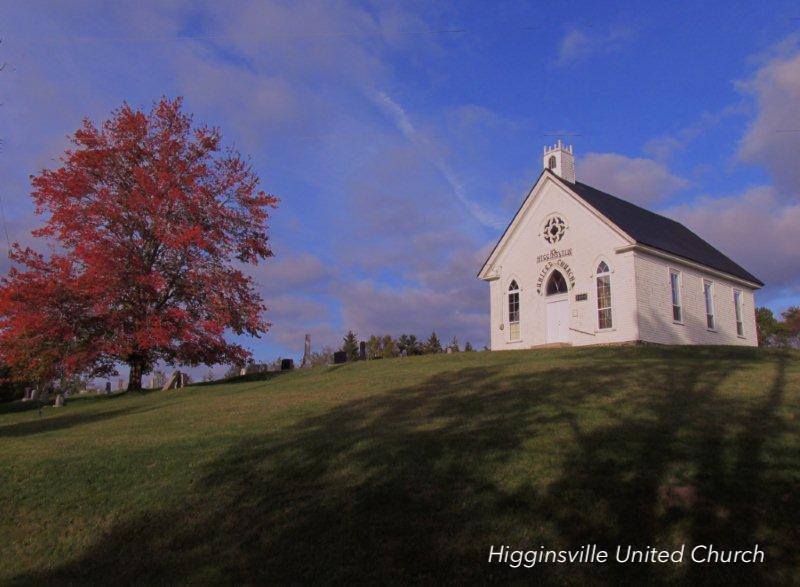 It feels quite natural to offer a Thanksgiving lyric to recognize Earth Day. Over the past four decades, I have had many rich experiences and profoundly meaningful relationships with the people of the Canadian prairies. Although more and more urban folk are gradually becoming sensitized to the importance of caring for creation, it is the people who work in and are supportive of agricultural lifestyles who have taught me so much. While my prairie experiences are remembered for their ‘down-to-earth’ richness, I would come to learn that each region of this vast country has unique agricultural specialties.

My first real experience with prairie life occurred when I was working with the national office of the United Church of Canada. There had been a request for a musical visit which came from Kindersley, Saskatchewan. It was February. Some will fully understand the subtext. It was only my second journey on behalf of the United Church. My knowledge of the differences in the various regions was minimal.

Lester and Marion’s son, Paul, played the trumpet and following an 11th hour late Saturday night practice session, he played with me at both churches.

We drove through some stunningly beautiful forest and countryside which in later years would remind me of the beauty I eventually experienced in the Eastern Townships of Quebec. An abrupt turn put us on what was little more than a path which wound its way through the woods. In a clearing, was the amazingly picturesque Higginsville United Church. We repeated the same service for all nine of us.

There is much irony in these two seemingly unrelated events. Lester had begun his ordained ministry in Saskatchewan, but longed to return to Nova Scotia. Once back at ‘home’, he became heavily involved with the District Federation of Agriculture and with Radio Farm Forum.

Not only was I not really knowledgable about Canada’s diverse regions, I was totally oblivious to the church network. Ron Johnstone, the minister in Kindersley, Saskatchewan had heard of my visit to Upper Musquodoboit through his friend, Lester Settle. When Ron wrote to the Toronto office, he said, “If you can go to Upper Musquodoboit, you can certainly come to Kindersley!”.

This would become the first of numerous visits to Kindersley over the years. Before leaving Kindersley, Ron Johnstone said with much excitement, “There’s something I want you to see.” Driving out of town in the opposite direction I understood we needed to be going to make the lengthy drive to the Saskatoon airport, he pointed to a spot near the horizon and said, “Look, do you see it?” It was February. This is some of the flattest land in Saskatchewan. The horizon was barely discernible where the clouds met the snow. Ron pulled over to the side of the road and pointed to what appeared to be a rock. “Do you want to go see it?” “Uh… sure.” ‘It’ was a buffalo rubbing stone and visiting it up close after trudging through thigh-deep snow was an unexpected wonder. But that’s another story.

However, there is an interesting post script. Ron Johnstone retired to Victoria, BC here on Vancouver Island. Shortly after moving here, I was able to reconnect with him to reminisce about our shared past. We remained in touch for many years until his passing. One of the things we often laughed about was his response to the national office when asked to evaluate my visit to Kindersley. But that’s another another story.

Whether it was the rolling Musquodoboit Valley or the wide open western Saskatchewan prairie, the people I have met in sparsely populated communities from coast to coast who not only plant and reap but also tend and nurture the land have been a rich and formative gift for me.

Be sure to read Walter’s commentary for “Give Thanks to God”.

Give thanks to God for gift of creation:
clothing and food and shelter we find,
gift of the air, earth, water and fire
strength of our bodies and sharpness of mind.

Give thanks to God for gift of salvation:
wholeness of being freedom to love,
gift of Christ’s living, dying and rising,
life for our spirits: there’s life full of love.

Give thanks to God for gift of elation:
triumph of love o’er death and despair,
courage and hope and joy in the Spirit,
we are empowered and able to care.

Give thanks to God with songs of thanksgiving:
lives are all filled with signs of God’s care,
Live as a person vibrant with new love,
reach out for others, life’s beauty to share.