Following up on the very first of these In Isolation entries (“Simply to Be”) which appeared on March 22, it felt like a good idea to focus on ‘rest’. Ironically, we are finding that this forced isolation has presented itself as an unplanned opportunity for resting that we have not had in a long, long time. Neither of us can recall when we last went to bed without setting an alarm. So, although we cannot get our minds off the suffering and fear which pervades nearly every corner of the planet, we find ourselves experiencing an odd sense of peace from time to time throughout the day.

After enjoying a lovely (as usual) dinner, I headed down to my studio for my daily time of reflection. Normally I then move into a working time for some part of my website. However, this time was different. I could feel that familiar surge of energy which happens when I’m being drawn into a creative time. I sat down at my studio piano and pondered those restful moments I had enjoyed throughout the day.

I don’t often write song lyrics or hymn texts. I rely on others who are far more skillful than I in that realm. But again, I was experiencing something quite different. The resulting words and music were quickly scribbled onto paper as if they were simply flowing through me. “A Hymn on Holy Rest” appears below and I offer it as a complimentary gift to any who are able to use it.

We just looked at the clock and realized we are sending this to the blog five minutes ahead of schedule at 11:55 pm just prior to the second day of April. Therefore, here on the west coast, it is still aprilfool’sday! 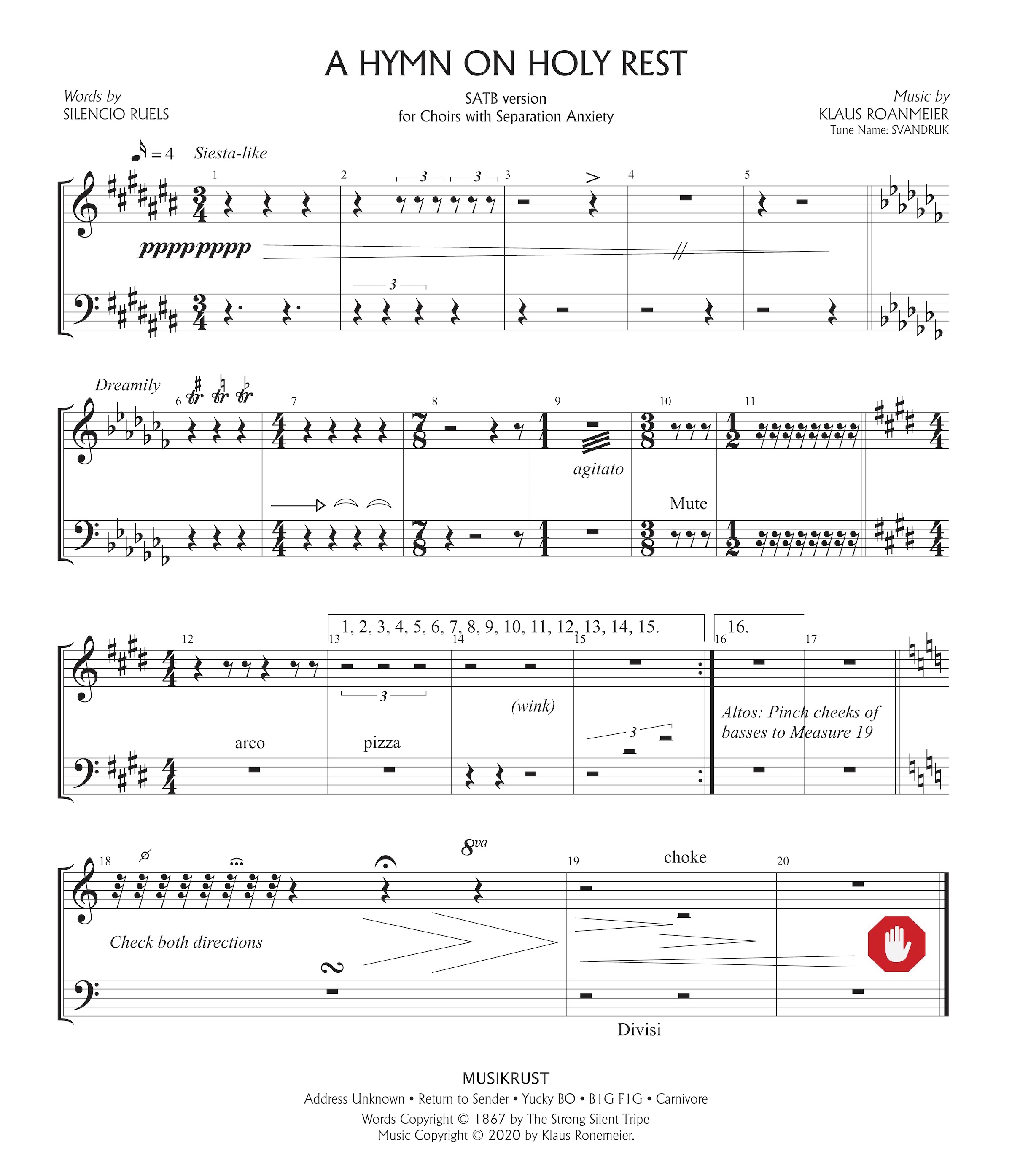