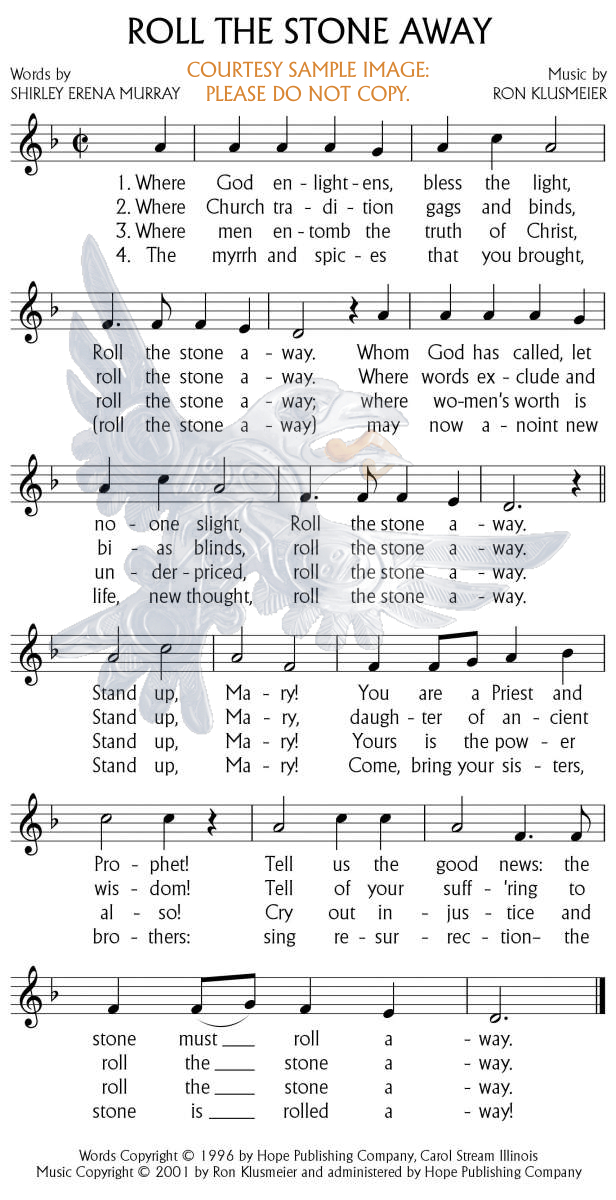 Comments by SHIRLEY ERENA MURRAY
from her books
“Every Day in Your Spirit” (#30) and
“Faith Makes the Song” (#46):

The message conveyed by Shirley in her comments about this title in each of these books is essentially the same. However, each has a little nugget not contained in the other, so I chose to quote both books. RK

From “Every Day in Your Spirit”: “By 1996, I would have hoped (perhaps naively) that this sort of protest was no longer necessary. But for many women, it seems still relevant. This was written in 1989, to continue the Easter theme of the Ecumenical Decade of the Churches in Solidarity with Women.”

From “Faith Makes the Song”: Written to continue the Easter theme of the Decade of the Churches in Solidarity with Women, this is a song of liberation, still necessary for many women in the world Church.”

Every Day in Your Spirit
and
Faith Makes the Song
are published by:Hope Publishing Company
Carol Stream, IL USA 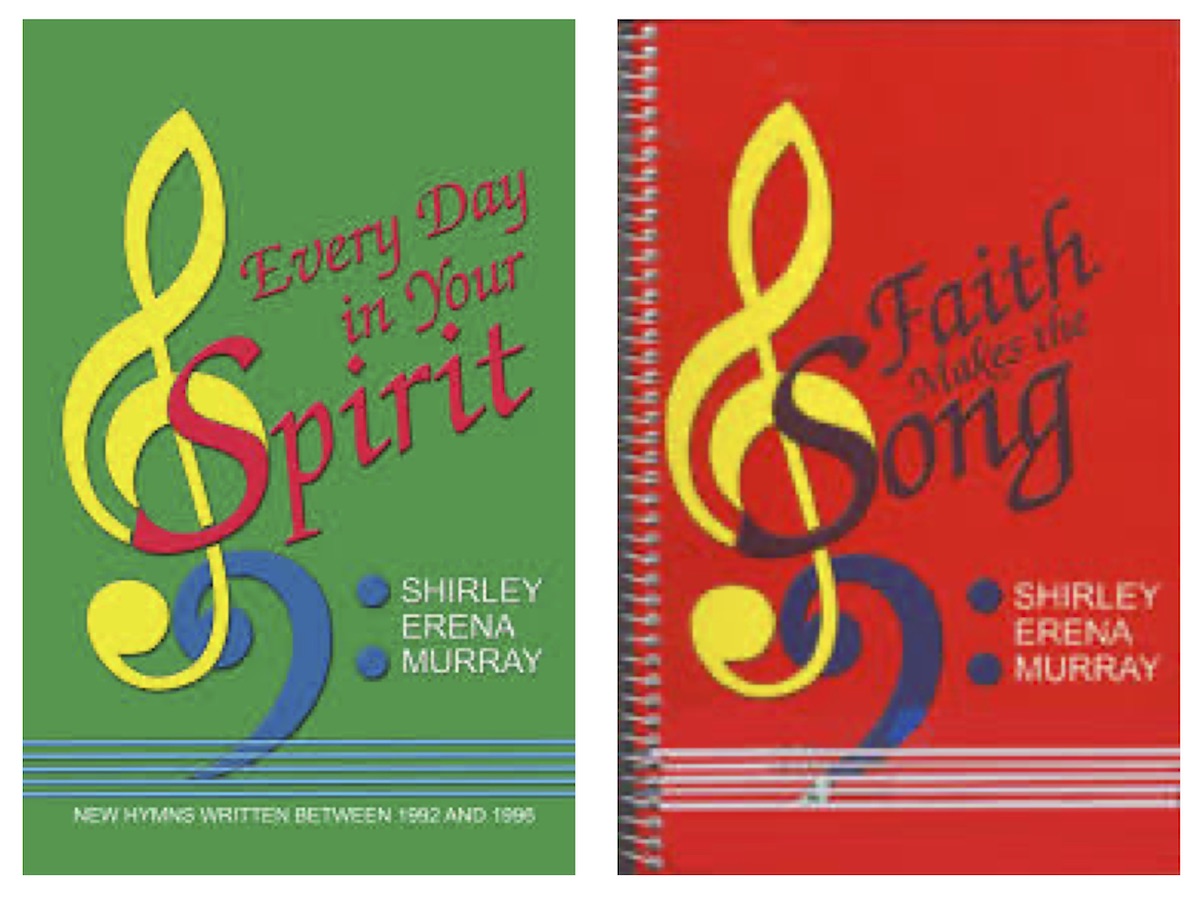 This is a song that celebrates. It is a hymn of resurrection. It is a song that marches, that dances, that dares to speak truth, dares to embrace the power of God’s good news that will initiate change, reformation and reconciliation.

This hymn first addressed a church and culture that had demeaned, diminished and curtailed the gifts of women. Shirley brought forward in verse the pivotal role played by women in the Easter narrative within the gospels, and particularly the role of Mary Magdalene.

Mary, and other of the women disciples, were the first witnesses who recognized and announced the Risen Christ. They were the first evangelists, taking the good news to the other disciples. They walked in the tradition of Mary, Jesus’ mother, who had perceptively received and nurtured the promise of God’s New Day.

It was also the tradition of the sisters, Mary and Martha, of the Samaritan woman at the well, of Elizabeth the mother of John the Baptist, of Anna in the temple. So often they were the healed who became healers. Having experienced and identified what it means to be a marginalized people many became powerful agents of change as welcomers and nurturers within a transformative community.

Within our society, many movements of reform have been organized and sustained by impassioned women – in such areas as prison and penal reform, public education, health services available to all. We see increasingly the prophetic and protest roles played by women in areas such as climate change and environmental protection, available housing, racial and gender injustice. So many stones have been put in place to shut away uncomfortable truths, to keep certain people in “their proper places”, to close doors of opportunity to the already disadvantaged…

An Activity: Individually, in small groups, or in a larger group, create a list of women who have been reformers, agents of change, prophets, educators and champions. Name their accomplishments and identify some of the stones they helped roll away.

Read, or sing, this hymn again.