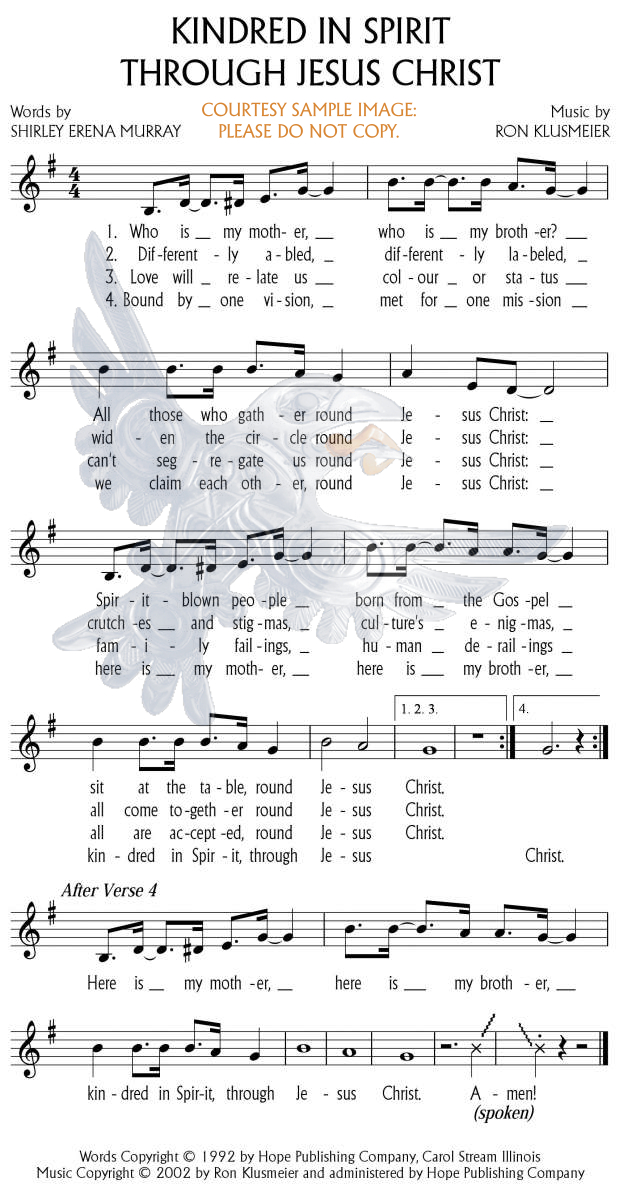 Audio Sample for
"Kindred in Spirit Through Jesus Christ"

From the "Sing Hallelujah" collection produced by Ralph Milton featuring singers from Central Vancouver Island at St. Edmund's Anglican Church in Parksville, BC.

Both have the same Piano Introduction (measures 5-10) and the same tag ending and energized spoken “Amen”.