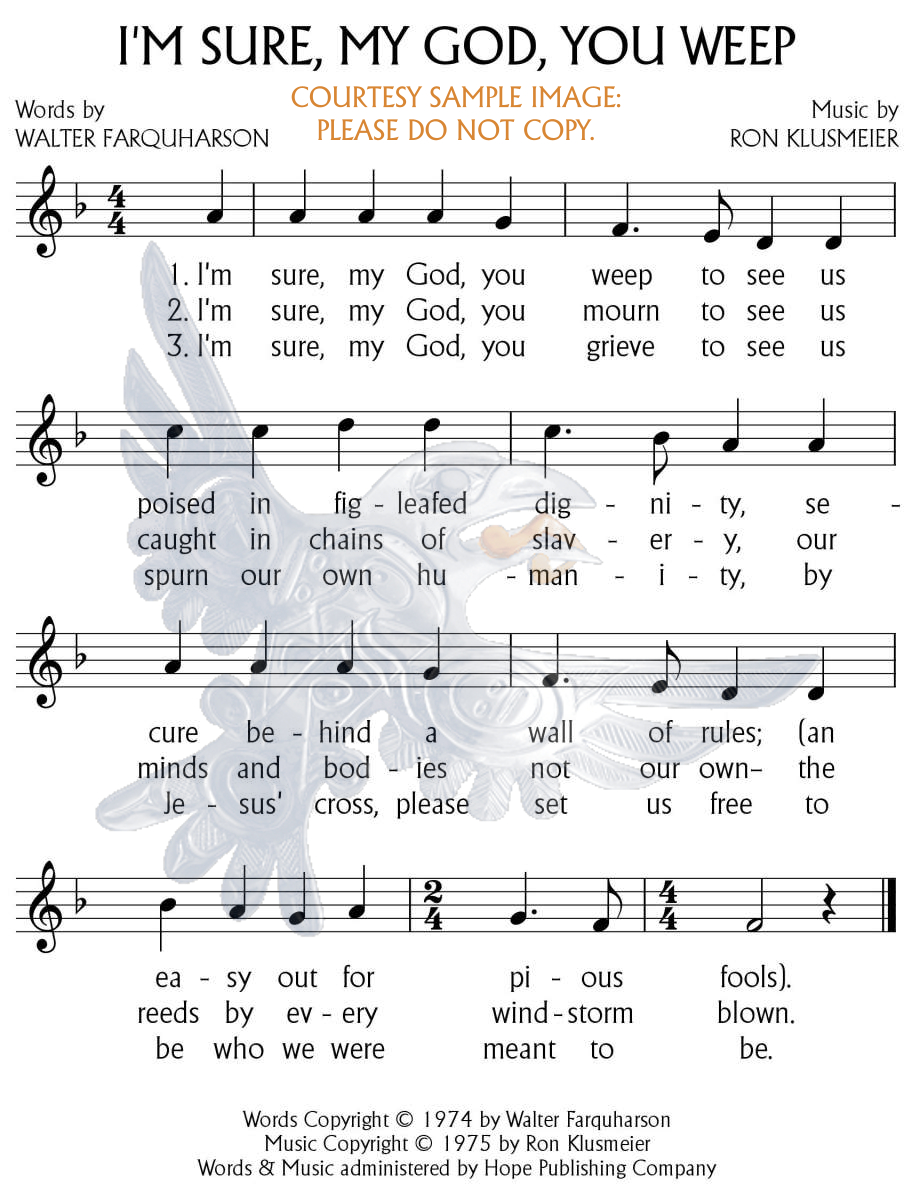 I’m sure, my God, you weep to see
us poised in fig-leafed dignity,
secure behind a wall of rules;
(an easy out for pious fools).

I’m sure, my God, you mourn to see
us caught in chains of slavery,
our minds and bodies not our own—
the reeds by every windstorm blown.

I’m sure, my God, you grieve to see
us spurn our own humanity,
by Jesus’ cross, please set us free
to be who we were meant to be.

I love the story of Adam and Eve and God in the garden. Especially I love it at first . That’s while I see Adam as that other person – you know, the one who…

How good it is that this ancient story was told and retold through the generations, finally written down, never expunged from the various copying of scrolls or the proliferation of new Biblical translations.

They hide, these “first” people. They hide from the one who knows them. They hide in the garden which the Gardener knows better than those that are just becoming acquainted with it.

These two haven’t just broken some rule. They have claimed for themselves what, theologically, we might call divine authority. This nascent humankind, like the offspring that will inherit the world they’re messing up, don’t need God. They don’t need to be obligated or grateful. They have eaten, not an apple but the fruit of the very tree of the knowledge of good and evil. From this point forward they, and they alone, will define good and evil. They’ll make the rules. They’ll define shame and blame and they will become , as someone will say in some distant future – lawmaker, judge (or jury) and executioner.

Our heroes hide because they are naked. That isn’t because they are sexual creatures who enjoy their connectedness and their ability to make love. It’s not their proof of sexuality they cover up but their vulnerability. As if they could!

God isn’t fooled. They haven’t fooled each other nor the myriads of creatures they have just named. But maybe God can be fooled. They make aprons of fig leaves sewn together. We may get the picture of them, and of ourselves, more clearly if we think rhubarb leaves.

Jeremiah will name the hypocrisy of his day . The religious and political leaders of the land , the upholders of the right, of law and order, of proper religious observances, hide behind the walls and power of the temple itself but make of the temple a hideaway, a den for thieves who cheat, lie and oppress. Centuries later, Jesus will, for a few hours, drive money-changers and other scam artists and cheats out of the temple of his day.

Jesus offers a different road. This road is a road of freedom from oppression and oppressors. It is a road towards healing for each of us, for the communities we are part of, for the nations of the world, for our threatened planet.

This road is not some new Christendom nor some new political or economic world order.

For the most part there’s no map or app to get us there. We are called to claim a humanity that doesn’t depend on fig leaves, rhubarb or some more sophisticated version of the great cover-up.

In his gospel, John tells us of how the closest disciples were still jockeying for position and favor, or agitating to buy some arms, even while they berated Jesus for talking about his impending death. “What are we going to do if you are taken from us? What if we’re all thrown into prison or worse? What if the world comes to an end What are we to do?”

“Love one another,” he said, “By this shall the world know…”

"I'M SURE, MY GOD, YOU WEEP"
One verse played on piano