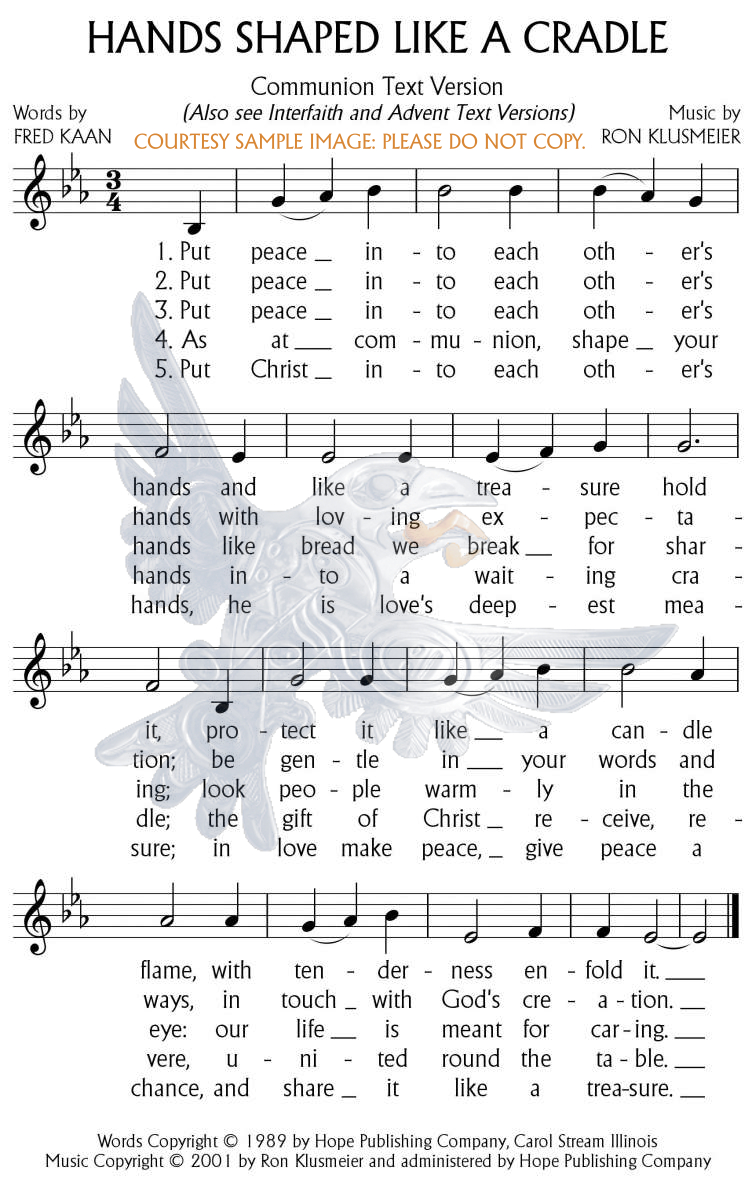 Put peace into each other’s hands
and like a treasure hold it,
protect it like a candle flame,
with tenderness enfold it.

Put peace into each other’s hands
with loving expectation;
be gentle in your words and ways,
in touch with God’s creation.

Put peace into each other’s hands
like bread we break for sharing;
look people warmly in the eye:
our life is meant for caring.

As at communion, shape your hands
into a waiting cradle;
the gift of Christ receive, revere,
united round the table.

Put Christ into each other’s hands,
he is love’s deepest measure;
In love, make peace, give peace a chance,
and share it like a treasure. 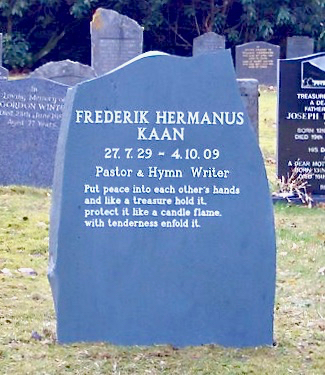 On March 15th, 2010, the stone honouring Fred Kaan and marking the resting place of some of his ashes was dedicated by United Reformed and Anglican clergy in the cemetery of St. Patrick on the shore of Ullswater, near his last home in the English Lake District. It was Fred’s request that a portion of the words for “Hands Shaped Like a Cradle” be on his grave marker.

The rest of Fred’s ashes were buried by his wife, Anthea, in November 2009 at the base of an oak tree on the lawn of Vancouver School of Theology. That tree was planted by Fred in 2004, on the occasion of his lectures at VST.

“This hymn was born when I watched people go forward to the altar rail to receive Communion: they shaped their hands like a cradle to receive the bread. (Bethlehem — house of bread — did not fully live up to its name until Jesus, the bread of life, was laid in the manger!)”

“As his thinking on the subject of multi-faith hymnody evolved, Fred began to rework some of his earlier texts. A vivid example of this is ‘Hands Shaped Like a Cradle’…”

“In 1991, this hymn was sung at the first service of thanksgiving for the life and work of Bolton Hospice. The hymn was so popular that it was used at subsequent anniversaries of the hospice and even came to be referred to as ‘the hospice hymn’. However, the hospice chaplaincy realized that more and more Muslim and Hindu relatives attended these services, a reflection of Bolton’s increasing ethnic diversity…” 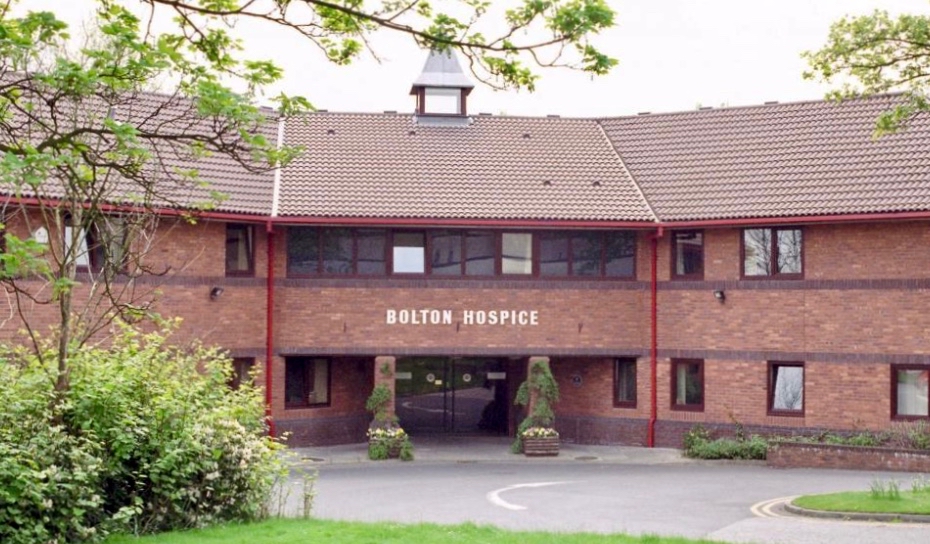 “The hospital chaplain, Rev. Jim Hollyman, eventually contacted Fred to ask if he would be willing to write two new verses that might be more appropriate for a multi-faith occasion.”

This is how there came to be two versions of this text. The “Communion Version” contains five verses, two of which (verses 4 and 5) are distinctly identifiable as Christian and Communion-inspired. The “Interfaith Version” (also five verses) replaces those last two verses with two new ones which reflect the realities of hospice ministry as well as the ethnic diversity of our global community. Most hymnbooks and collections published in the 21st century which include this title offer both versions, each having uniquely appropriate applications.

The Only Earth We Know
(Hymn Texts by Fred Kaan)
is co-published by:Hope Publishing Company
Carol Stream, IL USA
(for USA and Canada)Stainer & Bell, Limited
London, England
(for all other countries)

Healing the Nations
(Fred Kaan — The Man and His Hymns)
a biography by Gillian R. Warson
is co-published by:Hope Publishing Company
Carol Stream, IL USA
(for USA and Canada)Stainer & Bell, Limited
London, England
(for all other countries) 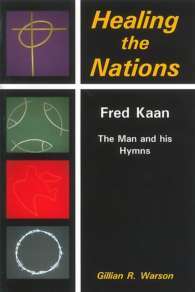