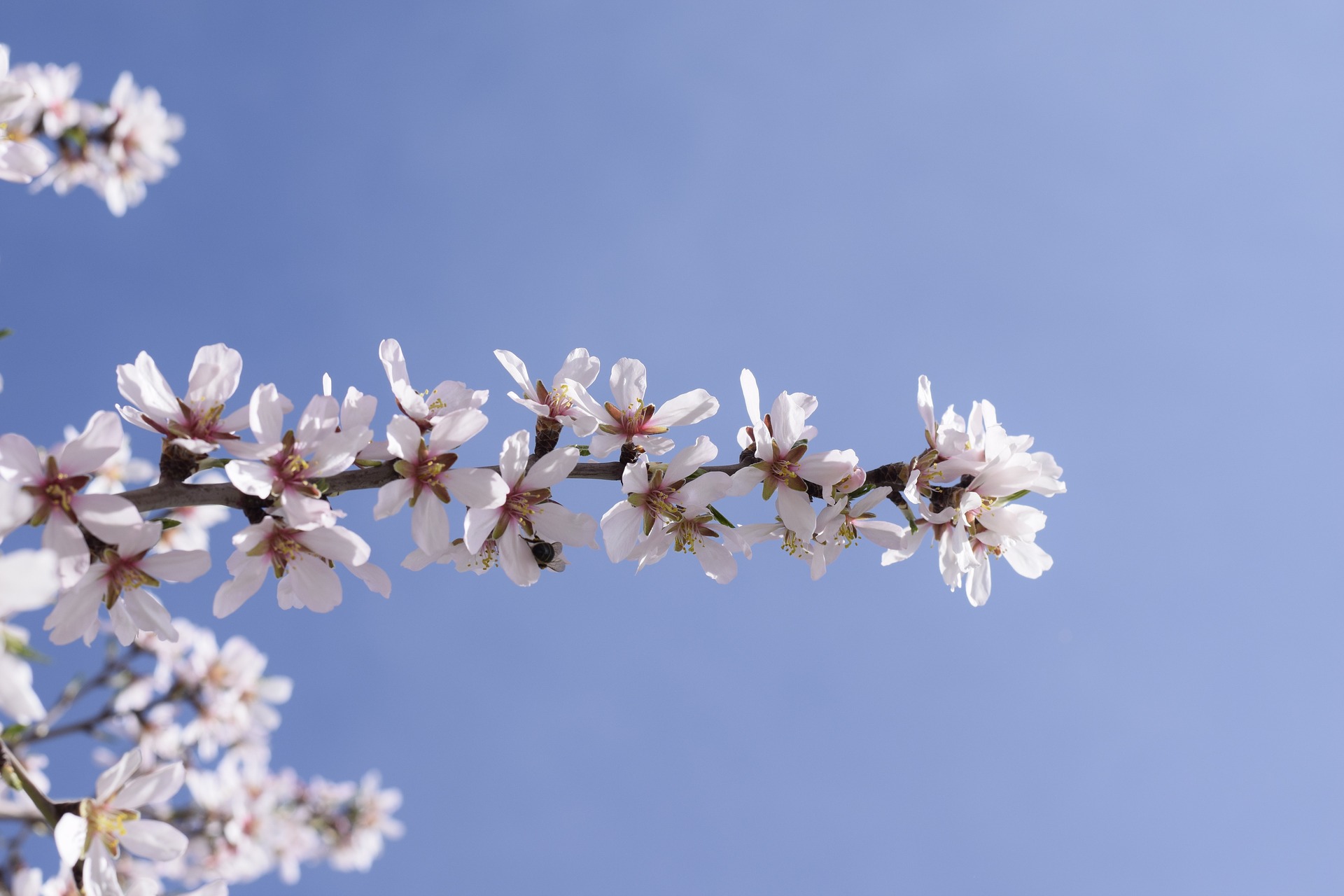 Almonds and almond trees are mentioned a number of times in the Hebrew Scriptures. The blossoms are seen as a sign of approaching Spring and new life as well as a symbol of resurrection. Especially welcomed when winter has been challenging, the appearance of almond blossoms raise hopes. While most of us think of almond trees as a Mediterranean resource, they now grow on almost every continent.

The 1983 Assembly of the World Council of Churches was held in Vancouver, BC. There was a very last-minute suggestion to include a hymn text written by the Israeli poet and philosopher Schalom Ben-Chorin. One of the interesting challenges inherent in preparing worship materials for World Council of Churches Assemblies is that resources must be available in many languages which leaves little room for spontaneity. Fred Kaan was asked to translate an English version of the original German text with only 30 minutes in which to do it! Somehow, he pulled it off.

The poem is based on Jeremiah 1:11-12 which contains a pun in the original text: “almond branch” and “(God) watching” sound very similar in Hebrew.

I’ve thought about this piece often in these recent weeks of isolation as I’ve observed and photographed our cherry trees blossoming here in Nanaimo. The sight can be breathtaking and I have found myself stopping in my tracks while on walks to wishfully stare at them. Close up, each blossom is a thing of incredible delicacy and beauty. Stepping back a few metres reveals an absolutely stunning scene, the result of thousands of blossoms each being affected by a barely perceptible breeze so that the entire mass becomes a shimmering, sunlit kaleidoscope of hope.

This feels like a good choice for a post-Easter selection as well as for the reality of our here-and-now.

Almond trees, renewed in bloom,
do they not proclaim
life returning year by year,
love that will remain?

Almond blossom, sign of life
in the face of pain,
raises hope in people’s hearts:
spring has come again.

War destroys a thousand-fold,
hatred scars the earth,
but the day when almonds bloom
is a time of birth.

Friends, give thanks for almond blooms
swaying in the wind:
token that the gift of life
triumphs in the end.